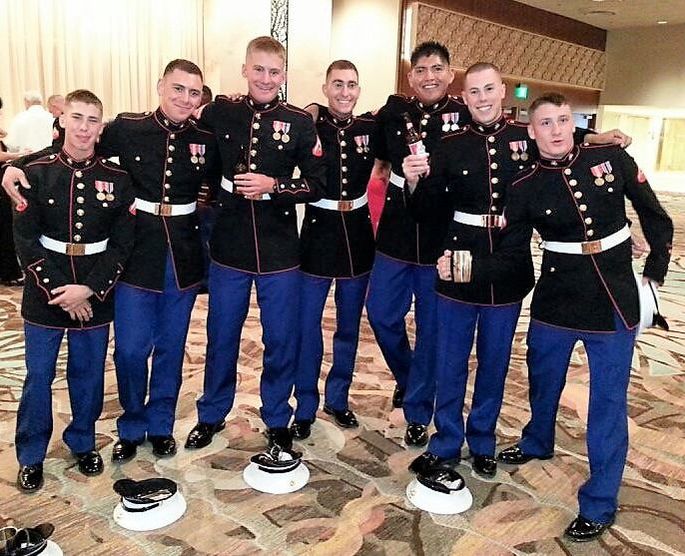 When David was working in security in 2009, he really enjoyed his life.  He wanted a tattoo to remember that time of great friends, motorcycle rides, shooting targets in the mountains, and feeling so happy.  He wanted his tattoo to have meaning and to be something he really liked.  Since we are of Scottish descent on both sides of the family, he decided on the Rampant Lion from the Scottish flag.  The lion is a symbol of bravery and courage.  He considered the image for six months and still liked it, so he had a large black lion tattooed on his left shoulder.

When he decided to join the Marines there was a problem since recruits are not allowed to have “pride” tattoos.  When he signed up with the Marine Corps and the question was asked, “Is that a pride tattoo?”  David answered, “No, it’s just one lion!”  Ba-da-BOOM! 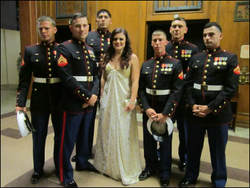 ​Two days after David died, our family flew to Hawaii to go to the Marine Corps Birthday Ball.  Six of the Marines from David’s section were waiting in the hall in their dress blues to escort his girlfriend to the ball.  They gathered for a picture as everyone got off the elevator.

The picture was posted on Facebook. Among the many comments was one that described the Marines in the picture as “David’s Pride.”

And so it is, as many of the Marines have gotten tattoos in remembrance of David.  His brother, girlfriend, and even his mom also have lion tattoos, and other friends and family members have Rampant Lion dog tag necklaces.  David has a whole pride of lions now, and with Lion Heart Heroes Foundation, David's Pride continues to grow. 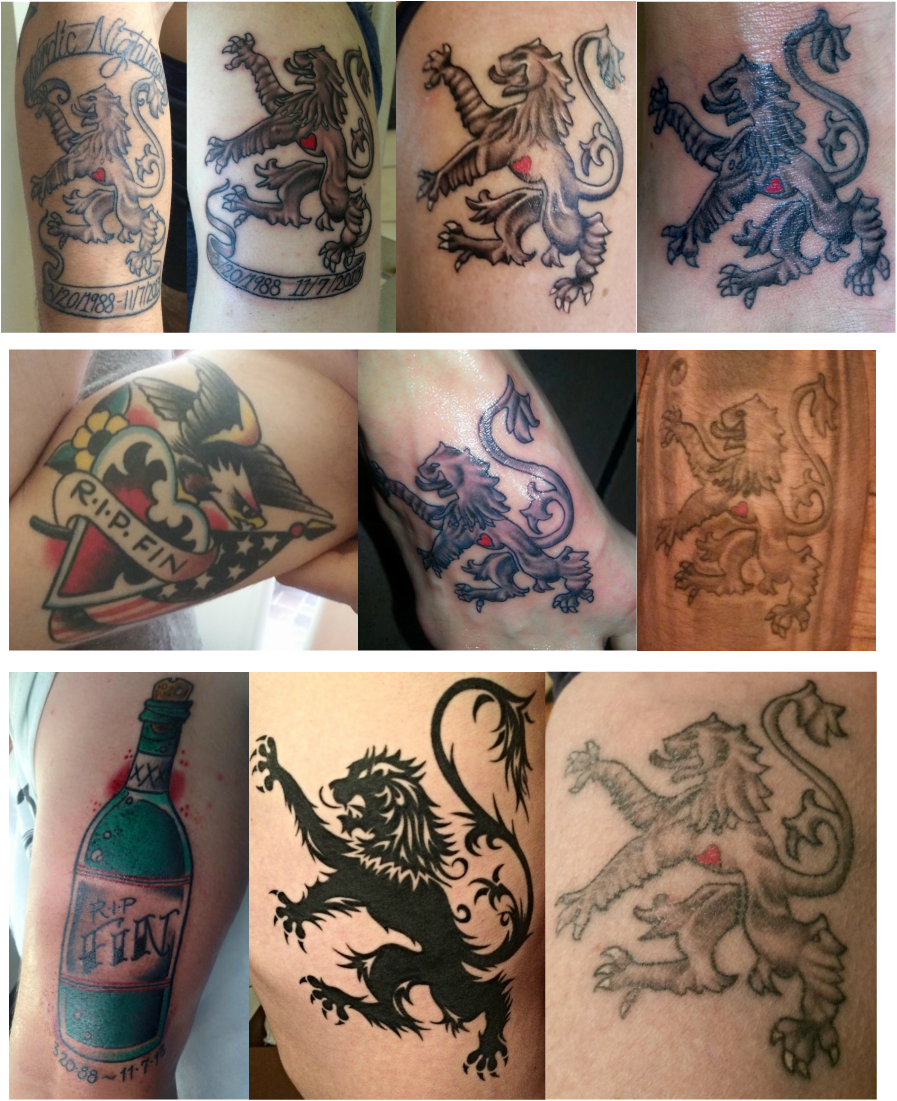